Opportunity favors the prepared. By growing your inner power, you'll gain an inner calmness, feel more optimistic & be better prepared to make decisions that improve ALL areas of your life.

Here's an introduction on how our mind states affect our day-to-day living. And, below the intro, you'll find products + resources to help you develop mental, emotional and spiritual strength.

It's a known fact that people who do regular meditative-type practices tend to be more peaceful and optimistic than those who do not. Developing inner calmness positively helps us in ALL areas of life and helps us to more easily manage the ups and downs of daily life.

Those who regularly practice some form of deep meditative practice also tend to benefit from increased creativity, problem-solving abilities, expanded perception, greater mental clarity, stronger immune systems and enhanced health. And they age differently.  Scientists have proven that in profound states of mind and body relaxation, we produce less hormones that speed up aging.

Above all, by quieting the mind, we can also strengthen our spiritual connection.

Our minds are our link to Spirit.

Here's a quick overview on the relationship between brain wave frequencies and mind powers.

The mind can be described by levels of brain frequency. Every second of your life, nerve cells in your brain generate electrical patterns that change depending on your state of mind—your thoughts and emotions. Scientists refer to these electrical frequencies as brain wave patterns. 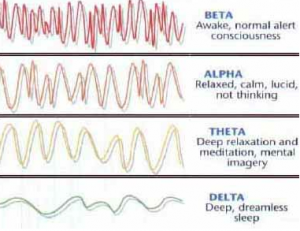 Our brains typically have all the brain wave patterns happening simultaneously, with one of the brain wave frequencies being dominant at any given time.

The dominant brain pattern indicates your “mind state” or “level of consciousness.”

In Beta, the brain frequency is between 14-21 pulsations per second.

People spend most of their waking life in Beta. This mind state is associated with constant mind chatter. Have you ever tried to quiet your mind but found that it was impossible to stop thoughts from zooming in from every direction? Or, maybe you’ve had the experience of not being able to remember an answer when you felt tense? That was Beta.

Research has shown that this state is associated with stress-related symptoms such as anxiety, poor sleep and depression. When we’re in Beta, we’re at our poorest potential for learning and healing. Also, our ability to reach creative solutions and breakthroughs is at its weakest in this state.

Given the research, it makes sense to quiet our "beta" mind state.  When we do, we allow our sub-conscious mind powers to surface, starting with the "alpha" mind state.

In Alpha, your brain frequency slows down to 7-14 pulsations per second — about half that of Beta.

Alpha is often experienced when we are in a very relaxed state. In states of Alpha, you have a greater potential for creative breakthroughs, insights, and learning.

What takes years to learn in Beta, for example, can take just months in Alpha.

People most commonly experience Alpha when they are close to falling asleep and during meditative type practices. You can also access an Alpha state while spending time alone in nature.

In Theta, your brainwaves slow down further to 4-7 cycles per second.

People can experience Theta during meditative-type practice or even during fasting. Also, you can access this powerful state while being in nature, such as a forest or desert, for extended periods of time.

In Theta, the mind is more open to suggestion. This means you can be more effective in creating the results you want in your life. Theta is associated with enhanced creativity, intuitive abilities, mental clarity and increased abilities to concentrate.  In this state, your ability to learn leaps.

The scientific results are fascinating.

Dr. Thomas Budzynski, a researcher in the field of neuroscience has reported that self-defeating filters of the “left brain” are bypassed in Theta.  This means that you can more easily achieve goals, for example, when you focus on them during theta mind states.

Dr. Elmer Green, a biofeedback pioneer, has reported increased mental clarity, intelligence, and intuition as well as positive changes in mental and emotional health during deeper mind states, such as Theta.

In Theta, the brain also produces more levels of beneficial brain chemicals, such as pleasure-causing endorphins. 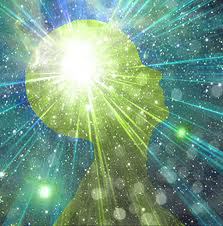 In Delta, the brain frequency is between 1/2 to 4 pulsations per second.

When your mind slows down even further, you enter Delta, a state that is extremely powerful. Few people can consciously use this mind state because when most people enter Delta, they fall asleep.

At the Delta level, the body releases anti-aging hormones, such as human growth hormone (HGH), and boosts the immune system. As we get older, we produce less HGH, which results in many aging symptoms including loss of stamina, sagging skin, reduced memory and diseases associated with aging. We can delay the aging process when we use our minds in a certain way.

What ancients teach about deeper mind states is astounding.

Delta is a powerful mind state available to all but few consciously tap into it.

For eons, shamans, mystics and sages have known of the powers of deeper mind states—long before scientists discovered mind training. Certain Native American wise elders, such as Sitting Bull, and Apache scouts, such as Geronimo, used deeper mind states for miraculous healings, to communicate with plants and time travel.

Ancient wisdom teaches that Delta is our link to God, to Infinite Intelligence…

You might think it sounds like science-fiction but our minds are far more powerful that most of us can imagine.

Visit our blog to get ongoing updates. 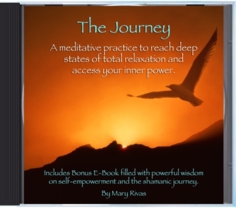 The shamanic journey takes you into a deep meditative state where you experience predominant slower brain wave states such as theta. But journeying is not  “meditation.” Journeying is different from meditation in two ways... Find out more 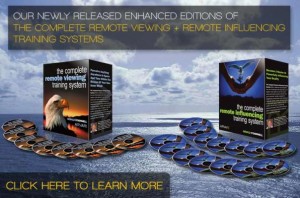 Remote influencing is an outgrowth of remote viewing.  It refers to influencing thoughts and reality by mind power and inner vibration energy.  This guided audio series enables you to enter delta mind states to manifest goals, eliminate harmful behaviors ...Find out more. 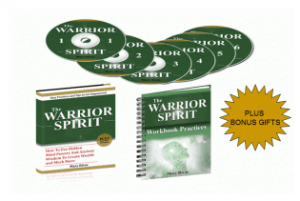 The Warrior Spirit: How To Use Mind Powers & Ancient Wisdom To Create Wealth & More!

This audio program & companion e-book helps you achieve financial and personal goals faster–and with wisdom.  Find out how to release limiting thoughts, such as fears, worry and shame, and how to empower your goals in specific ways.  Find out more. 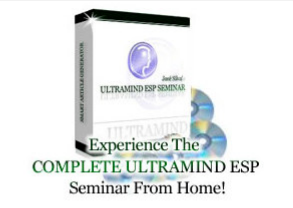 Jose Silva’s UltraMind ESP home study course teaches you how to develop your mind powers, such as increase your intuition and expand your awareness of your senses to make correct decisions.  It's a proven way to develop your Creator given senses. Find out more.